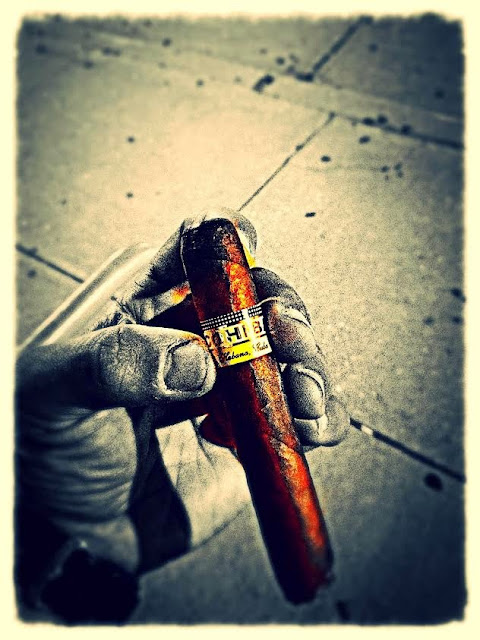 “The Cohiba Siglo IV is a cigar you must treat with respect. Make sure you have plenty of time to ENJOY. If your in a hurry you won’t get much out of it.”

The Cohiba line needs no introduction, and it is because of this that everyone wishes to smoke one. The name Cohiba comes from the Native American Taino word which described there cigar. It was bunches of tobacco leaves rolled together. Columbus and his men brought this back to the Old World, and cigars and tobacco have been Cuba’s main export since. Throughout the years each vitola of the Cohiba brand has taken command in terms of leading the brand, and recently the Siglo V has done that, but sometime ago it was under the command of the Siglo IV. While everyone knows of the Robustos, Lanceros, and the Espléndidos, the Siglo IV has lost some of its prestige. Before I get into that though, I think we should clarify the lines of the Cohiba brand.

The original Cohiba brand was released to the world in 1982, and at the time was composed of only a handful of vitolas, the Panetela, the Corona Especial, and the Lancero. Eventually, seven years later, they added the Robusto, the Exquisito, and the Espléndido. This line is known as La Línea Clásica Series. It was in 1992 though, in honor of 500 years since Columbus landed in Cuba, that Habanos S.A. launched La Línea 1492 Series. At the time, it consisted of only the Siglo I, Siglo II, Siglo III, Siglo IV, and Siglo V. It wasn’t until 2002 that the Siglo VI was added. Since then they have launched the Maduro 5 Series, and now the Behike Series. For this review I will be reviewing the Siglo IV of the secondary line, the line made in honor of Columbus’s landing. 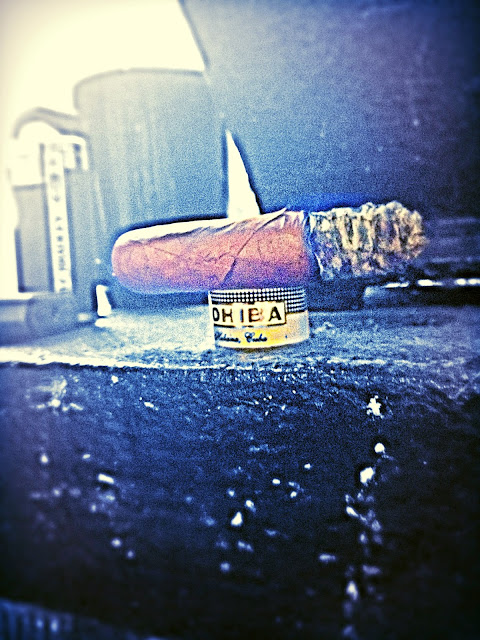 The Siglo IV is considered a Grand Corona in the line, and measures 5 5/8″ with a 46 ring gauge. Like most Cohibas, it is made at El Laguito Factory outside of Havana, and is composed of only the “selection of the selection” tobacco from the five finest Vegas Finas de Primera in the San Juan y Martinez and San Luis zones of the Vuelta Abajo region in Pinar del Rio. I hate to break down the cigar like this, but it is a Cuban puro, (no shit), and is absolutely gorgeous. The wrapper has a nice light Colorado coloring to it. Almost a dark tan/light brown, and is very toothy and silky to touch. Holding the wrapper and foot to my nose I get aromas of floral, coffee, wood, spice and tobacco. It is a firm cigar, and the triple cap is beautiful.

The cigar starts out very warm, and shows wonderful flavors of coffee right away. Along with the coffee I am picking up a warm spice that is also present with wood and leather notes. There are some grassy notes present, but nothing to major. I would say the cigar is smoking around a solid medium in terms of strength, and very balanced. It is producing a wonderful ash that is very dark in coloring, and it has a razor sharp burn line to it as well. So far so good on a great Corona Gorda. This cigar goes great with either a Cuban coffee, mojito, Tequila, or Cuba Libre. 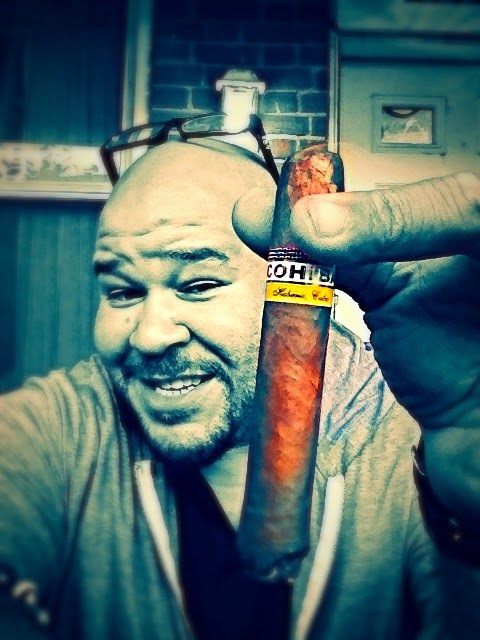 When I get into the second third of the cigar it begins to open up a little bit more. There are still lovely notes of cedar and grass, and it has a finish of leather, but the coffee flavors have been paired with these flavors of warm milk, and it is like cafe au lait. It is very enjoyable, and very flavorful. I would say the strength is still very consistent with the first third, and that goes for construction as well. The burn line is absolutely perfect with this cigar, and the ash is just as solid as can be. So far this Siglo IV is smoking great, not the best that I have had, but very solid.

In the final third of the cigar it shows its true greatness. There is almost a perfect line in the cigar, and once I cross it I am picking up lovely bits of vanilla and oak. The grass notes have been paired with this lovely hay flavor, and the coffee and milk notes are still showing there colors. The cigar has finished wonderfully, and when I smoke it down to the nub I am still getting these great flavors. The burn line finishes as great as it has been throughout the whole smoke, and the same goes for the solid ash. I smoke it down till there is very little left of the nub and it is still smoking cool.

This was a great Corona Gorda, and one of Cuban’s finest as well. I think Cuba makes incredible cigars in this vitola, and this is definitely in the Top Three. These cigars are not consistent all the time, but when they are on they can really deliver some great flavors. This particular cigar was pretty dead on, and that is why it got 4 1/2 stars. I feel that the Corona Gorda size is the perfect size, and it is because of this that I typically pick up cigars in this vitola. Luckily I have a wonderful SOTL in my life that brings me back Cigars from the places she visits thank you Ms. Dowtown_ms.Brown she actually bought me back 3 Cubans from the Domincan Yes I’m lucky lol Go Figure 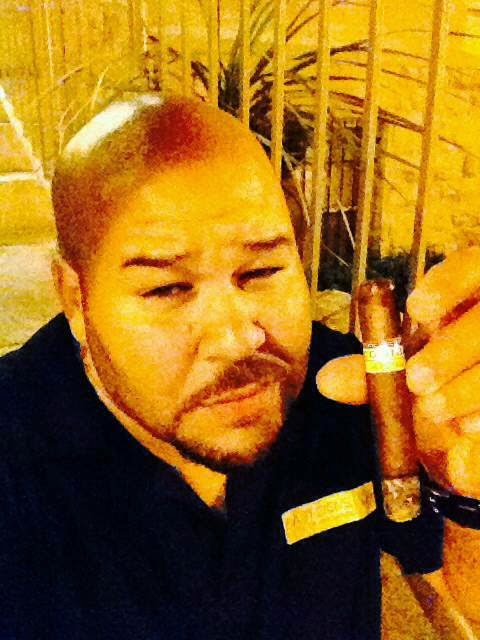 When you smoke cigars at a certain point always the same question comes up: what drink to enjoy during the smoke?   Ask 10 people and you’ll get

Today is an absolute beautiful fall day here in Washington DC with the current temperature resting at 61-degrees. To celebrate the occasion and an overall pleasant day, I’ve