Today is an absolute beautiful fall day here in Washington DC with the current temperature resting at 61-degrees. To celebrate the occasion and an overall pleasant day, I’ve taken to my front porch where I plan to enjoy this highly anticipated cigar. 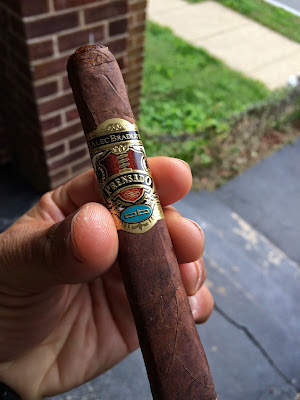 As with most cigars that I smoke, I will be pairing the Alec Bradley Prensado with a semi-sweet beverage. Today I’ll be sipping on a Sweat Green Tea by Organo Gold that has been brewing for the past hour. Elegant, is it not? Outside are my daughters who are also taking advantage of this weather while having a day off from school. Don’t you love staff developments? As my children ride there bikes up and down the block I now know its “cigar time” wouldn’t you say so?
The gem of Alan Rubin’s line-up, the Prensado Churchill, is Alec Bradley’s crowning achievement thus far. Since release it has received praise from many smokers and accolades from various outlets. What makes this somewhat of a surprise is that Alec Bradley managed to create a cigar where the Churchill vitola is the one with the best reputation. Churchill’s seem to have fallen out of favor since the rise of the 60 ring gauge cigar. Although it’s not my personal preference, it’s nice to see a Churchill garner attention, but today IM going with the Robusto.
This cigar is beautiful. Marble like patterns intersect on a dark brown, velvety wrapper. Box pressed with minimal veins and a triple cap. In the hand the cigar feels hefty and well packed. Slightly bitter tobacco notes off the wrapper and a sweet raisin tobacco scent from the foot. The cold draw has some resistance and gives me raisin tobacco. 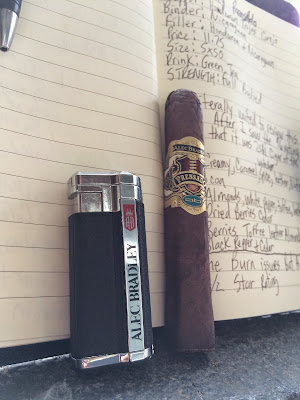 Today I’ll be reviewing the Alec Bradley Prensado in the Robusto size. Like most, this cigar first appeared on my radar after being named the 2011 cigar of the year by Cigar Aficionado magazine. Additionally, Tobacconist and friend Eric Hill at the Civil Lounge and he personally recommended the Prensado as one of his go to favorites. I happen to value personal recommendations greatly, especially when it comes to new cigars to try, and so when the opportunity came to purchase this cigar, I took it.
I purchased the Alec Bradley Prensado last month from one of my favorite online cigar retailers, Cigar.com. In fact, this is also where I buy all of my Alec Bradleys reviewed just recently. I was at home attending a Bloggers event and had some downtime and though about the Civil Lounge to which I was able to pay them a visit. My experience shopping at Civil Lounge was, as always, pure joy. They are my 2nd go to cigar shop for whenever I’m in the city. 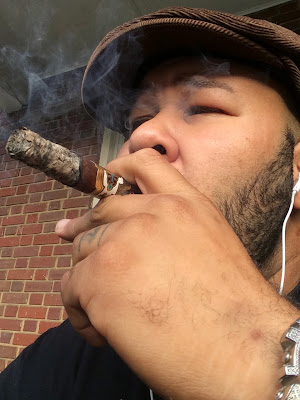 Right out of the gate the Prensado was noticeably creamy. This doesn’t necessarily mean a chewy or thick smoke. Actually, the smoke was rather wispy. The creamy characteristic came mainly from the flavors instead of the texture of the smoke itself. The first third didn’t offer up any stand out flavors. To me it was exceptionally mellow, simply a preview of things to come as the body presumably built-up. Creamy caramel and cocoa notes were at the forefront. Leather, nutmeg, and a white pepper that tingled the sinuses shared the role of back-end flavors. Nutmeg, leather, slight caramel on a med-length finish. It’s now medium body with mild strength.
Continuing into the second third more flavors made an entrance, yet the body didn’t come up. Almond, white pepper, toffee, and leather were the key flavors. Complimentary notes of nutmeg, chocolate, dried berries and cedar would fade in and out. Although one of the key flavors was white pepper, going into the finish it became more of a black pepper joined by leather, dried berries and almond. Body was a medium, strength a mild-medium.
The final third offered very dessert-like flavors. The two core flavors in this third were dried berries & toffee. The leather was a touch less intense but served as the backbone to the berries & toffee. Almond, chocolate and black pepper was the lesser notes underneath while hints of cedar would come and go. Almond, leather, chocolate, and cedar on another long, substantial finish. Body would rise to a medium-full, strength now at a solid medium. 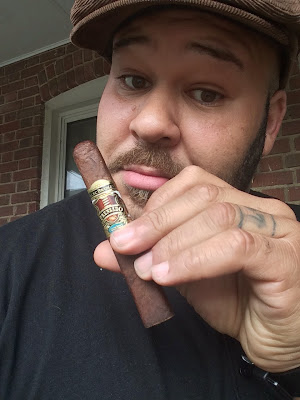 This cigar has key flavors of many of our classes. It has the dried fruit, caramel, cedar, & leather like a Marquee with chocolate and dark toffee like a Coal Miner. The singular fruit notes that resemble dried berries shine, especially when it comes to the aroma’s. None of those flavors are necessarily foreign to my palate, but the way they are presented within the Prensado was a big factor in my classification. A unique cigar. 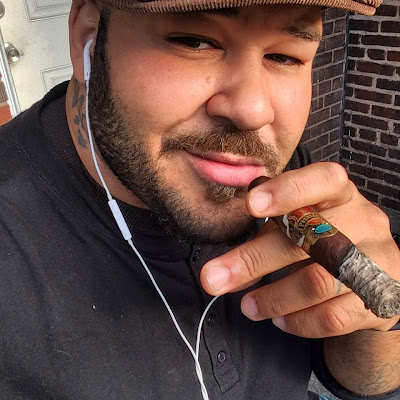 I am happy to report that I had little burn issues after the relight, and all is well. The draw remains consistently free and easy.
The Alec Bradley Prensado has a remarkable finish. My cigar finished more medium-to-full than full, but oh was it ever so delicious. I tasted the same dark-roasted coffee /espresso and nutty flavors that were present throughout the cigar, but in addition, was introduced to decadent sweetness (chocolate, of caramel) that not only stole the show, but made the cigar entirely. It was a great surprise, and as you can see I took this cigar right down to the very nub. I just couldn’t put it down. 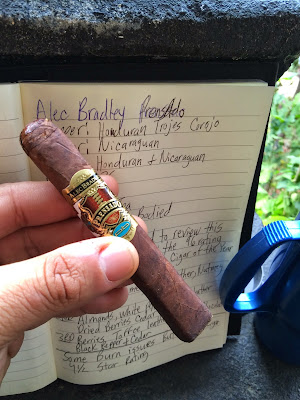 I sometimes find it just a little intimidating when rating a cigar that’s been as highly decorated as the Alec Bradley Prensado has. First, there is always the concern that the cigar won’t live up to the hype and therefore be a letdown. Additionally, I find that I almost always want to give the cigar the benefit of the doubt just because the “professionals” have already deemed it worthy. While I certainly avoid doing so, it is sometimes hard not to get sucked in by the hype. Lucky for me, the Prensado lived up to it!
The AB Prensado is a consistent smoke with high complexity. I tasted coffee and nut flavors throughout my smoking experience, and found the sweetness on the finish to be extraordinary. Additionally, I found the smoke and aroma of my cigar to be very enjoyable. Overall, this cigar met all of my palette’s expectations and I certainly didn’t want it to end. And, at a total smoke time of almost 1.5 hours, it nearly didn’t.
I scored this cigar at 4 1/2, but know full well that it is deserving of a 5 Star rating. However, I simply could not ignore the one issue I had with its burn. With that said, I will definitely be smoking this cigar again and hopefully sooner rather than later.

If it isn’t obvious, the Prensado is “humidor-worthy”. In fact, I can think of several Very Good cigars that I’d gladly pull from my box if it meant making room for this blend. As far as buying an entire box goes, however, I might have to decline. Sitting at nearly $200.00 for this particular size, I’ll just stick to singles or even the occasional 5-pack. This is just me though, and I’m trying to be real here. If you can foot the bill for a box and have no second thoughts about doing so, please do. The Alec Bradley Prensado is delicious and worth every penny 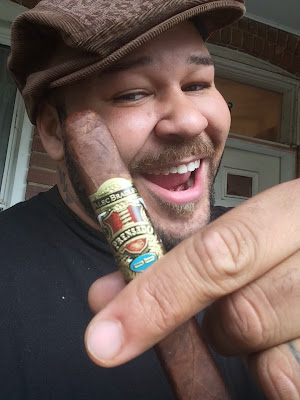 “The Cohiba Siglo IV is a cigar you must treat with respect. Make sure you have plenty of time to ENJOY. If your in a hurry you won’